Home / 1983 • Laid Back • Music • Sire • Sunshine Reggae • White Horse / Laid Back
Danish group Laid Back from Copenhagen were formed in 1979 and had many releases. 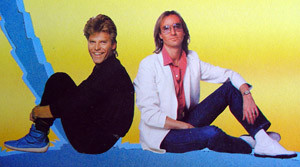 But really it was all about the double A side single from 1983.  Sunshine Reggae which was a perfect light summer anthem that year.  It made it to #3 in Italy, #1 in Germany and Austria and did quite well in other countries too. 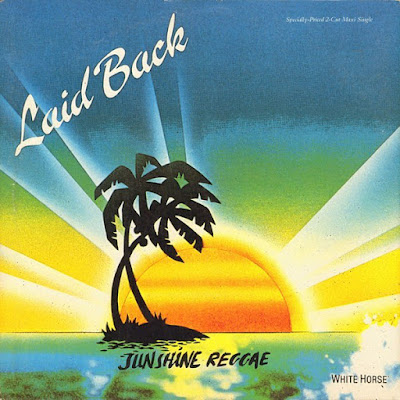 But to me it was all about White Horse their electro masterpiece which couldn’t have been more different then Sunshine Reggae.  The edits were masterfully done by my buddy Bobby Shaw who is a legend in the New York dance music field.  He’s worked for many labels and knows everyone.  His ability at hit picking once showed itself in a very interesting way.  He won a Porsche from Billboard magazine for his predicting abilities in a competition!
LAID BACK 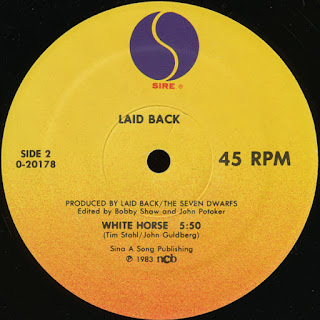 And if you were in any cool club in 1983 you were shaking your tail to White Horse.  In fact Sire picked up the record and it even made it to #1 on the U.S. dance charts and even #5 on the R and B charts certainly quite a feat for a pair of white Danish men!  My zip includes the original of both hits and all sorts of remixes.  Some better then others.
By the way though a solid dance record White Horse actually had a strong message.  It was about not fucking around with heroin.  Which in Europe in the early 80’s was definitely a chronic problem.

In 1985 they had another dance hit in the U.S. with One Life which peaked at #10 but that was their last appearnace on the U.S. charts.