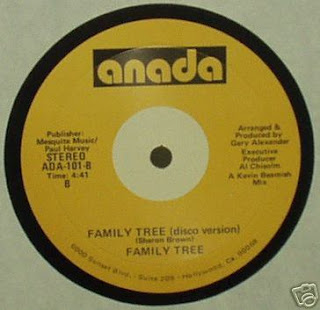 This blog post has not only been refreshed but I was able to add a more recent remake of it.  This original post was from when I first started my blog in 2008.

In my five years selling on Ebay this obscure disco funk jam has been my very best showing. With a final sales price of just under $700.00 it certainly made my day and paid a few bills. If only it had been Near Mint I would have done even better. I’ve actually seen a copy go for over $1,200! Since then it has shown up both in re-issue and bootleg so I’d imagine bidders are much more cautious about bidding high on this one.
Family Tree

google.com, pub-9672253206618216, DIRECT, f08c47fec0942fa0
Family Tree by Family Tree was written and sung by Sharon Brown and released in 1976 on Anada records. She of course five years later had a disco smash with I Specialize in Love. Her other releases failed to create a murmur. But Family Tree with its soulful flutes and deep gospel tinged vocals will remain legendary. Apparently it was a major crowd pleaser on Larry Levan‘s dance-floor at The Paradise Garage.    I specialize in love 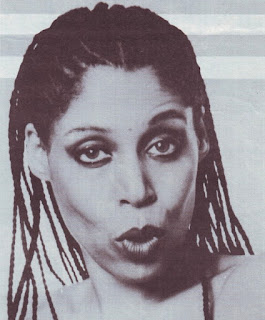